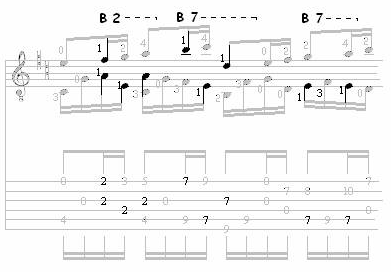 (French) A device that clamps to the neck of a plucked string instrument
and which change its tuning by shortening the sounding length of every string.
A single finger holding multiple strings on a stringed instrument  at the same time
Symbol used in standard notation for guitar. Example: B7 (C7, CVII, VII)
A dashed bracket    following a Barre symbol indicates duration.

Two Bars at Once 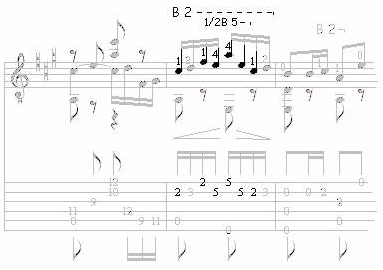 In this example the 4th finger Bars the 5th fret
while the 2nd finger bars the second fret. 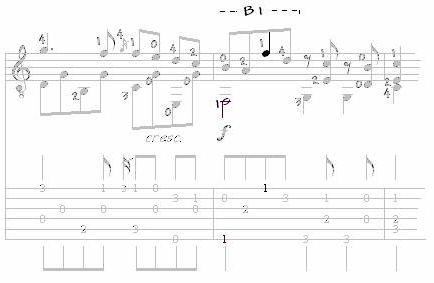 1st finger is fretted (at lower F note) then tilted at measured 2nd half step
into  B1 (Barre 1) to position for upper F note in one flowing motion as
lower note rings through the duration.